MicroPython is a lean and efficient implementation of the Python 3 programming language that includes a small subset of the Python standard library and is optimised to run on microcontrollers and in constrained environments.
The MicroPython pyboard is a compact electronic circuit board that runs MicroPython on the bare metal, giving you a low-level Python operating system that can be used to control all kinds of electronic projects.
This talk will give an overview about MicroPython and it's achievements since it first appeared in 2013. It will give some insides about the challenges to run an Open Source project.

Lernziele
The big advantage to have a high level programming language, like Python for controlling embedded systems. 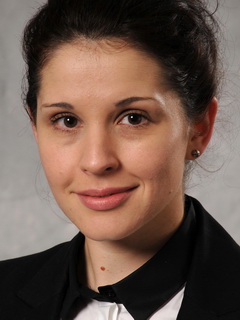 Christine is responsible for production and logistics at George Robotics Ltd. – the company behind MicroPython. She holds a degree in economics and electrical engineering. Since the beginning of 2016 she brings more MicroPython to Developers, Educators and Makers.